Holy sweet baby Jesus,...the End-Times are surely upon us.

Drink a fan can to celebrate

Seriously though, my Grandfather had emergency surgery last night and they're giving a 50-50 chance to live to get out of the hospital. Hopefully he'll be able to live long enough to see a better Cubs post-season experience than the fucking Bartman game (which he was at).

Incidentally, apparently, this is my 100th post. Neat how that worked out.
Posted by Jason at 10:17 PM 1 comment: 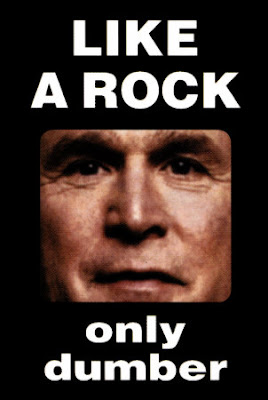 Our President is a moron.

Email ThisBlogThis!Share to TwitterShare to FacebookShare to Pinterest
Labels: newsflash

I'm bored. So, since I, unlike Herm Edwards, have the internets, let's find some fun stuff!

Here's Husker Du on the Late Show with Joan Rivers. Damn, are they awesome.


Looking for someone trustworthy to invest with? Howsabout Ric Flair? I wonder how hitting people with folding chairs fits into his plans?

So, a Justice League movie? Just looks like a bad idea to me. Here's hoping... 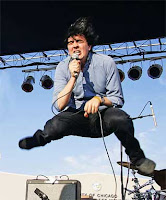 Since I've been rather lax on the whole "reviewing" thing lately, here are a couple books worthy of monthly purchase (rather than waiting for trade):
So that's what I got, hope you're all doing well.
Posted by Jason at 5:40 PM 4 comments:

Got divorced today, how's that for a conversation starter? We both kinda compared the actual court-room stuff to a car crash from one of those VW commercials, it all happened so fast we were left shaken and muttering "Holy Shi..." Anyway, at least we're both friendly and the most important thing right now is negotiating the mine-field that is not allowing this to fuck up our kids. That and selling our house in the shittiest market this century. So if I'm a little distracted and not around too much, there's the explanation.

Well, anyway, instead of posting some maudlin break-up tune, here's a (kinda) happy, witty one:

I want to see this guy:

Actual content will return at some point soon...really. I'm fine, we're all fine...how are you?