I listen to a fair amount of sports radio, though I'd rather listen to NPR, the current pre-election news cycle is enough to get me from zero to RAGE in under 10 minutes and that's no good first thing in the morning.  Anyway, speaking of rage, the recent crackdown in the NFL on violent hits is turning even the rather calm confines of ESPN Radio's Mike & Mike into yet another edition of Sports Shouting. 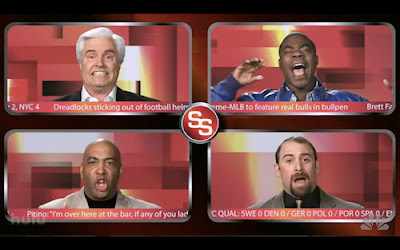 If you're unaware, there have been a shocking amount of injuries this year, a lot from violent, and possibly illegal hits, especially ones that are helmet to helmet.  On Monday, after a particularly viscious Sunday, the NFL came down and said that they would start fining players harder and perhaps even suspend players for hits that have been, up until now, considered legal and part of the game.  Naturally, this has caused sports radio apocalypse, and the arguments against the new crack-down are as follows:
Though those arguments are valid, I think they're missing, or perhaps even ignoring the point behind these rule changes.  The NFL is in business to do one thing, make money.  This is not a secret, this is not a bad thing.  Yes, I'm sure Roger Goodell and the rest of management want to protect players as well, but their first job is to make sure the league is profitable both today and well into the future and this brings me to the 2 big points why they are making these changes now and not hesitating.

I'm a fan of NFL football, though not necessarily a die-hard, but I'm certainly more than a casual fan.  I generally watch every game on Sunday and Monday nights, hell, I even lasted through a full half of that shit storm that was Titans/Jaguars last Monday night before giving up and switching to baseball.  I'm in a fantasy league and a confidence pool, however I do not bet on football nor go to games nor even think about laying out the cash for the Sunday Ticket.  So I figure this places me pretty much in the middle-ground of fandom.  The thing is, for me, and those who like the game as much or more than I do, the NFL doesn't have to sell us.  We've bought in to the extent that we will buy in, we're addicts and we'll show up every Sunday no matter how badly they shit on us.  Be it interminable commercials, be it Joe Buck, be it John Gruden, be it everyone pretending Matt Millen didn't ruin football in Detroit for a quarter of a century.  The NFL is no longer trying to sell to us, they're going after the casual fans.  The ones that maybe watch one game a week and maybe even go to or hold a Superbowl party.  The NFL wants these people, they want their money, badly, and when these consumers are confronted with mounting news stories of dreadful injuries to NFL players,  and of the possible horrible future that awaits these players due to repeated head injuries, they are far less likely to buy into the NFL.  These injuries, and the news stories and medical studies they spawn, are costing the NFL money today, and more importantly new money in the future.  The NFL has to be seen as being proactive, going out of their way to protect these players from these injuries and even from themselves.  That way these new consumers will feel better about handing over their cash to the league and not spending it on a new Cubs jersey instead.

Secondly, as a parent of two boys (4 and 7 years old), I'm deathly afraid of letting them play football.  My eldest has already had one concussion from an accident a few years ago, making him even more susceptible to them in the future.  While I would not go so far as to ban them from playing, I would take them to get base-line testing done prior to playing and pull them out with no hesitation at the first whiff that they could get hurt.  From talking to other parents, I'm certainly not the only one who feels this way and that's got to be a huge concern for the future for the NFL.  This cuts into both their future player-pool and into their future fans.  Unless they can reassure parents that their kids will be safe in the sport, the future could be rather grim.

Another aspect of this whole situation that I do think is being willfully ignored by the media, especially the NFL partners like ESPN, is the upcoming labor dispute.  As the NFL tries to push an agenda that both features paying the players a smaller percentage of their revenue along with the 18 game season, a season that features more injuries along with the release of more and more studies showing the long term effects on players it makes their position tougher both at the bargaining table and in the public eye.  With the looming idea of a lock-out next season, every single move the NFL makes has to be viewed through the lens of the effect it will have on the next labor agreement, but it is hardly even mentioned in the media and I don't think that's because they think it is of no consequence.  It's obvious that the more the labor issues stay out of the news cycle, the better it is, probably for both parties, but it's still odd to not see it mentioned, even in passing along with this debate.

As more and more of the true health consequences come to light of playing professional football, I have no doubt that drastic actions will be taken in the coming years.  From requiring state-of-the-art mouth-guards (which really could help immediately), to requiring players to wear tight-fitting helmets (most of the helmets you see go flying on game-day is because players wear them too loose) to draconian measures like legislating certain types of contact out of the game, I really have not doubt that the NFL we see ten years from now will look a lot different from today's.  This should be a good thing.  Protecting the players, be it for money or out of true altruistic care is a good thing and should be paramount in everyone's mind, but everyone needs to calm down and talk about this like rational human beings, not like the assholes they're being on radio right now.
Posted by Jason at 10:16 AM No comments: 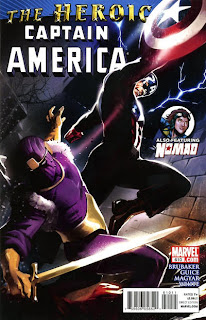 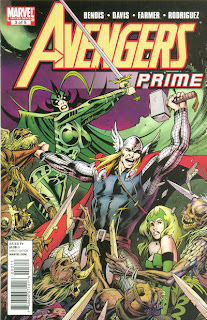 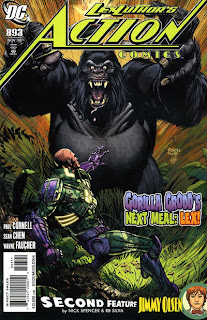 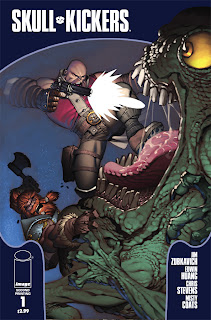 Should have a bunch of reviews up at FLOPPYTOWN this week, including Avengers Prime #3 (already up),Captain America #610, Skull Kickers #0 & Action Comics #893.  Swing by and check them out.
Posted by Jason at 1:49 PM No comments: