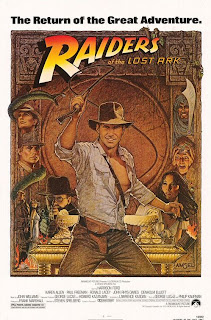 Raiders of the Lost Ark: Rewatched this again this week, and holy shit, I forgot how great this movie is. It's one flaw is that after the amazing truck chase after the ark, the whole movie just kind of groans to a close. I mean, the whole "dudes faces melting off from viewin the glory of God" thing is pretty boss, but after Indy chucks a guy through the windshield of the truck, you can't really top that. I think I'm going to have to watch the other three over the next few days/weeks (yes, I even own Crystal Skull, don't judge me) to see how they feel. Raiders just has a different look to it than the others as far as I can remember. It looks and feels more organic. While Spielberg was going after those old school movie serials, it also has a strong noir vibe to it. Especially with his use of shadows. More on this as I watch the rest.

Mystery Science Theater 3000: The Wild Wild World of Batwoman: Since me and my girlfriend are big fans of MST3K, we watch a lot of it, and this may very well be the worst movie we've seen yet. Worse than Manos: The Hand of Fate. Yes. really. Mike & the 'Bots do their best, but it wasn't quite enough. You'll want to avoid this one at all costs. I'd give you a plot description...but I think I'd pull something in my brain if I even tried to igure it out.

X-Factor: Nation X - A fun little one-shot. Apparently the X-Men have set up their on little island somewhere so they can just stay away from everyone who hates & fears them? X-Factor gets invited to come live with them and they stop by mostly to just tell them that it's a stupid idea and have a (good-natured) fight. Not much to speck of, but a good way to pass the time. Can anyone explain to me why Dazzler is now blonde?
Stumptown #2 - Another very good issue of this book. While the first issue seemed more self-contained, this one gets deeper into the story, so it doesn't hit as hard, but still very well done.

Sports:
So my girlfriend is a Packers fan, and needless to say, Sunday was gutting. The game was probably the best game I saw all year, but did not have the desired outcome
So that's it for this week.
Posted by Jason at 10:18 AM 10 comments:

Over at PopSyndicate.com I offer my thoughts on Siege #1:

I have not been a fan of Marvel Comics’s recent run of “event” comics.
Starting with Avengers: Disassembled five years ago, Marvel, with Brian Michael
Bendis at the helm has put out a series of ever-escalating events that seemed to
be leading…somewhere, but just never quite got there. It was incredibly
frustrating because they always seemed to be stories that had a beginning, a
middle, and then a “to be continued” that was in no way a satisfying
ending. While I understand that in on-going comic books, there really is
no such thing as “The End” since Spider-Man is still going to come out next
month whatever happens, but each one of these events simply ran into the next,
constantly losing momentum until it seemed the endgame was to simply get people
not to care anymore. So with Siege, we’re faced with what Marvel claims to
be the end. This is where it was all leading and, frankly, it’s pretty
darn good.

Head on over to read it in full.

Also, I am still going to be doing my weekly media journals, but I'm switching the scheduling so they'll publish wednesday mornings. Just works better for me, and this is all about me, after all.
Posted by Jason at 8:54 AM No comments: 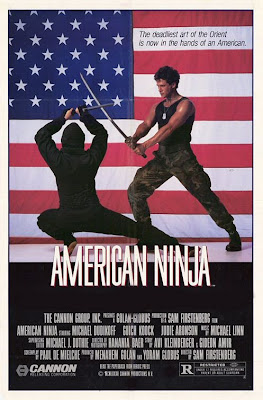 Hey all, this year I'm going to attempt to post once a week with my thoughts about new comics/books/movies/TV shows I've read and seen each week. I probably won't post too many full-on reviews, but mostly just random thoughts associated with what I've been up to. Mostly this is to help me remember what I've been up to and also help organize my thoughts.

It was a slow week this week, with only one new release, but I took the opportunity to pick up a few books I had been eyeing.

20th Century Boys Vol. 2 - The near-universal acclaim that has been following this book on the internet made me very excited to pick it up, but the first volume left me kind of cold. It was certainly good, but it was a rather slow burn of a story and I didn't feel compelled to keep on going. Vol 2 still didn't make me a full-fledged addict, but it definitely has e eager to grab volume three. The only thing that bugged me about this volume is that it used a story-telling trick that has always bugged me. A character has information that is pertinent to the plot, he even tells other people this information, but the author covers up what he's saying so that the reveal is hidden from the reader. I understand that it's important to show the reader that the information has been discovered, but it just feels like such a tease.

Sugar Shock One-Shot: The shop was giving this one-shot by Joss Whedon & Fabio Moon out for free during their New Year's Eve Eve sale and it's a fun little book (collecting stories that were originally put up on MySpace). The story is about a punk-rock band called to perform (maybe) at a galactic battle of the bands and it reads lie The Amazing Joy Buzzards had it been written by Whedon. There's not to muc heft there, but certainly worth the price I paid.

Doctor Who: The End of Time 1 & 2: Though I'm not a huge Doctor Who fan, David Tennant's run on the series has been a favorite of mine and these final two episodes were certainly very good, if a tad melancholy. A lot of people on twitter were complaining that the Doctor came off rather unheroic as he met his end, especially compared with his direct predecessor, however it felt fitting to me. Tennant's Doctor always was the reluctant hero who seemed that he'd always prefer be out having fun instead of saving the universe, so his final words seemed right to me. Also, Timothy Dalton chewed the hell out of the scenery in that episode and probably took some home in a to-go container.

Re-watched the ending of Battlestar: Galactica this week and was still really impressed with it, though I could have done without the "present day" coda. Still, really good.

Can't think of too much else I watched other than a few bowl games and repeated watchings of this one episode of The Batman that my youngest has become fascinated with.

For Christmas I got myself a Blu-ray player that also is compatible with Netflix Watch Instantly, so I'm going to be watching a lot of movies, some of which will not be very good, such as:

American Ninja: BeaucoupKevin was twittering about watching this yesterday ad so I threw it on late last night, thinking I'd be asleep in a few minutes. But shit, it was fascinating. In discussing it on twitter, Kevin said that it was "such an artifact" and it was. It hearkened back to watching awful movies just like it on cable on at my friends' houses back in grade school. Plus, there was a ninja that shot lasers at the end, that shit was off the hook.

Chocolate: The plot of this Thai martial arts movie: an autistic girl is able to repeat just about any movement she sees someone perform, so fo course she watches a bunch kung-fu movies so she can go collect the money owed to her former-gangster-mother in order to pay for her mother's cancer medicine. It was shockingly not nearly as exploitative as I thought it would end up being and was quite a good movie.

So that's about it for this week. Hopefully I'll have more for you in seven days.
Posted by Jason at 7:59 PM 5 comments: