So, finding myself with my first completely clear Saturday night in months, I decided to kill off the two DVD's from Netflix that had been haunting my shelf for a week or so, this proved to be a good plan, since I liked both movies quite a bit. 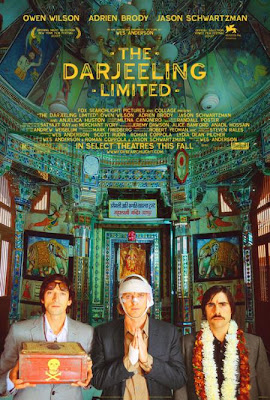 Wes Anderson's most recent film may end up being my favorite of his so far. It boils down a lot of the things he does so well, odd tracking shots, neurotic families, sudden left-turns into melodrama into a short one and a half hour movie that is just beautiful to look at. The story is of three brothers, all going through current life-crises, who embark on a cross-India train trip to find themselves. The first hour of the movie is deftly comic, showing the adventures of three men who consider themselves to be quite intelligent, but are ultimately, like most Americans abroad, morons. The thing that I liked the most about this part is that the three leads (Owen Wilson, Jason Schwartzman & Adrian Brody) all look and act like real brothers. You feel that under the surface of every argument and snide comment that passes between them, there's a life-time of history there. There's also something there that I can't quite put into words, but if you have siblings you'll understand. I have an older brother, and though we live far apart and are five years apart in age, whenever we're together we fall into an easy rhythm, as if no matter what differences there are between us, our genetic code still allows us to operate on the same wave-length. That may seem bizarre, but this movie gets that. You feel that when these guys are looking at each other their communicating on another level that comes from a life-time of being brothers. Or maybe it was just the three beers I had while watching the movie.

Anyway, as I said, a about the one-hour mark, the movie makes a sudden left-turn towards melodrama, but it works, it helps to show that these guys aren't just self-involved jerks, and it led to some beautiful moments for the actors. The great thing about it is that you can see the changes in each of the characters after this, but Anderson doesn't hit you over the head with it. Nobody suddenly announces, "I'm going to be a better person now that this has happened.", but it comes out clear in the narrative.

One more thing, after watching the featurette on the DVD, you learn that they filmed the movie by buying their own train and outfitting it as a moving set. The train itself, and the country that it moves through are beautiful. 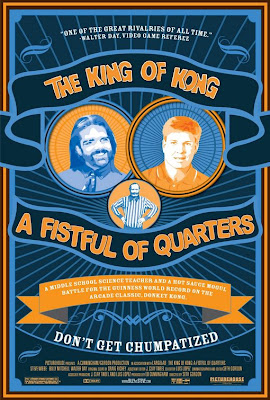 King of Kong: A Fistful of Quarters

OK, onto my second movie of the evening, this one was a little more difficult. The story, per se, as this is a documentary, is of Steve Wiebe, a laid-off engineer from Boeing, who, in order to pass the time, went to work on the Donkey Kong video game in his garage with his sights set on beating the world-record. It's obvious that when he sets out on doing this, he just want to pass the time, but it becomes something more. Steve is one of those guys who always seems to come up short, when the documentary makers interview your friends and family and everyone of them (including your wife & parents) pretty much describe you as a loser, I think it's time that you should take a hard look at your life. Anyway, he eventually beats the record and earns the wrath of Billy Mitchell, the current record-holder and world-class asshole. Seriously, you couldn't fictionalize this big of a jackass because no one would believe you.

Now here's where I have to step out of explaining the narrative to interject how difficult it was to watch this movie during its first hour or so. Now, I say this as a 33-year-old man who just this week was discussing at my local comic shop how disappointed I am that Green Lantern's ring is no longer powerless against the color yellow, these guys are fucking nerds. I could feel my inner-frat-guy growling in Ogre-ish tones, "NNNNNERRRRDDDDSSS" while watching this. It's obvious that a lot of these guys never made the football team, and when they discovered that they were really good at playing circa-1982 video-games, they ran with it as a life choice, becoming so obsessed that one of these guys, who helps authenticate world-record scores, will watch 48 straight hours of video in order to confirm that some kid in Japan is the record-holder for an Atari 2600 game. That's fucking nuts. I really had a hard time watching these guys, since I just can't imagine the level of obsessiveness involved here. Really, if I was the documentary maker I would have had to punch one of these guys in the gut, just once. That's not to say that this level of geekiness is limited to video games, I'm sure that right now, somewhere out there, a guy is making an almost shot-for-shot remake of this documentary about fantasy football. If you are a masochist and want to revel in more of this type of jack-assery, check out Kevin Chuch's new project at GetOffTheInternet.org, it's painful, but it makes you feel a great-deal better about yourself.

ANYWAY, getting back to the movie, after the first 45 minutes or so, if you can handle it, the move gets very good, as Steve Wiebe goes on his quest to prove that he is the "real" world-record holder in Donkey Kong and Billy Mitchell, along with his underlings, goes on to prove that he is the biggest dick in the world (at least the biggest dick that is currently not the leader of a country). It really is fascinatingly tense and I do recommend it, even if it is going to piss you off.

So that's what I have for today, I do have another review of a movie I watched earlier this week that I will get finished today or tomorrow simply because I want to do a little boosterism.
Posted by Jason at 10:16 AM No comments:

For some reason I find this incredibly amusing: 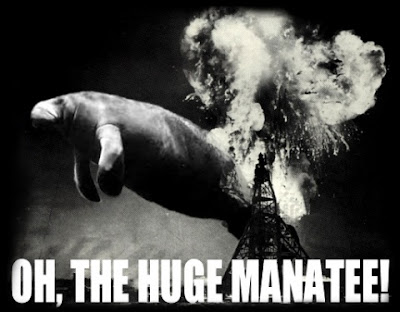 Hope all is well. Real posting will resume this evening (in theory).
Posted by Jason at 2:04 PM 26 comments: